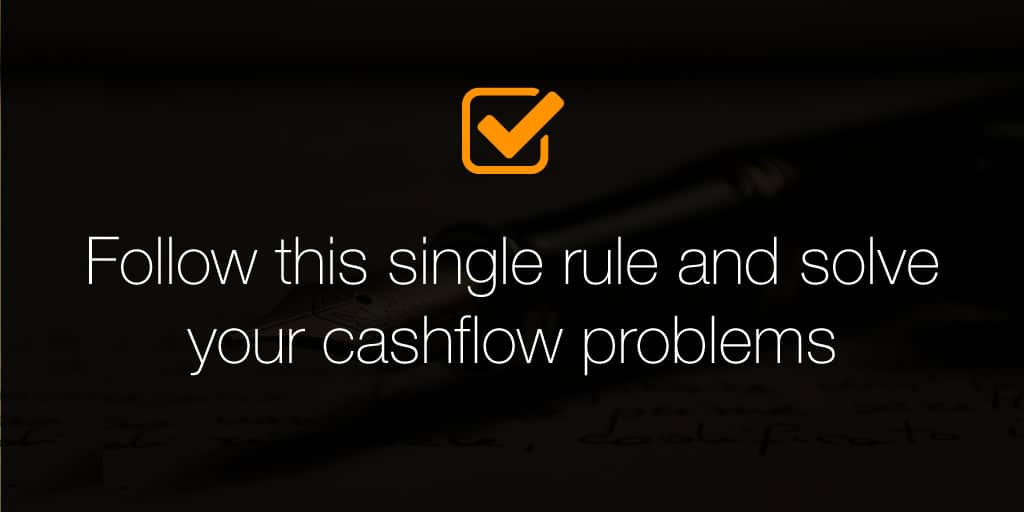 Follow this single rule and solve your cashflow problems

It’s just after mid-day and among a slew of other tasks; I’ve had to follow-up on about a dozen customers who owe us money. Some of them are only just due to pay, some are slightly overdue, and some are annoyingly way past the point at which my patience is guaranteed.

Each one of them has received previous communications about their account from me. Be it an invoice with a note, a reminder, or a series of progressively more pointed emails amounting to a plea with a veiled threat of consequences.

Even with only a dozen such ‘flagged’ accounts, though, among all the other bits and pieces that I have been doing as a small business owner this morning, it would have been impossible to keep track of who said what, when, and how I’m meant to follow-up, without a very good system.

I remember a really nice guy, Will, was his name. He used to do the credit control with Smurfit Communications when I worked there many years ago. And I remember him explaining to me, over lunch one pre-Celtic Tiger day, what made him good at his job. It wasn’t rocket science, and it didn’t require you to be a ‘heavy’ with ‘reluctant clients’. What it needed was detailed notes.

He used to have a large diary open in front of him at all times on the desk. In it he’d note everything a client who owed money would say during his conversations with them. He’d also forward-note Next Actions to be taken, having agreed with the client that on a certain date or by a certain time; a particular piece of the jigsaw would be in place. Eventually moving the issue (payment) along to resolution.

Come that day or time in his diary when, according to his notes, such-and-such was meant to have happened, Will would duly ring the client back and based on his notes, he’d be able to see how much truth there was to the client’s story and respond accordingly. He proved that politely calling a client’s bluff on a cheque-is-in-the-post type porky was far more effective in getting an outstanding balance paid than threats and accusations. 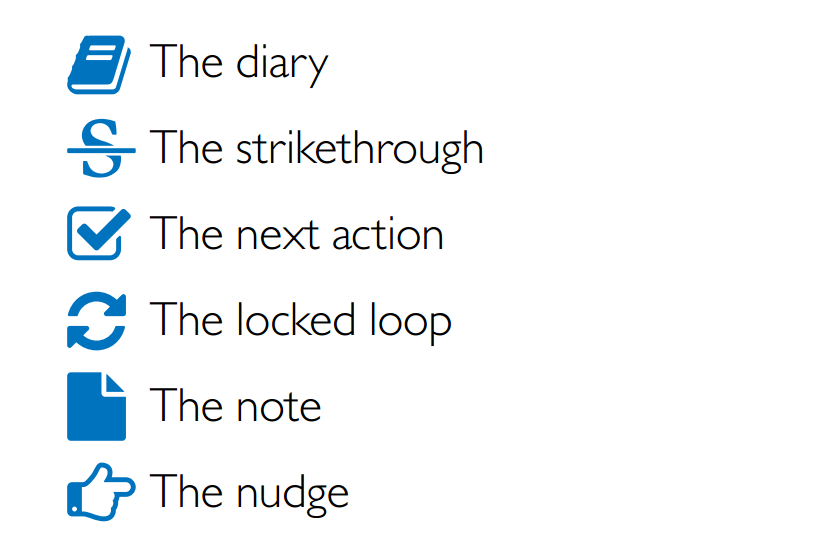 He  was methodical. Old fashioned in the tools he used, but fully up to speed with the job. Unfortunately, even though I learned the theory from Will that day; of how to keep bad debts down and credit stretch to a minimum, I never applied it thoroughly enough. I used to have terrible trouble in this area, forgetting to invoice, forgetting to follow up, forgetting what the customer said, forgetting to check statements. Ultimately, I lost a lot of money because of my sloppiness.

I always had the diary open and was sure to take notes. But amidst all the other tasks and scribbles and thoughts that I generated as an owner-manager, the diary system just didn’t work for me. I was, like so many solo-managers, overwhelmed by the multitude of tasks I had to perform just to get jobs done and keep the whole thing ticking over.

Finally though, I have it under control. In fact, I have it down to such an art, my customers are asking how I’m so on the ball with credit control. OnePageCRM is the answer. It’s where I keep all the notes and enter all the diary information for future actions on every account. And even though it is slick, dynamic and very helpful in how it presents the information. I can still focus on the one activity by filtering out other tasks. In fact, it is really Will’s approach that underlies it. 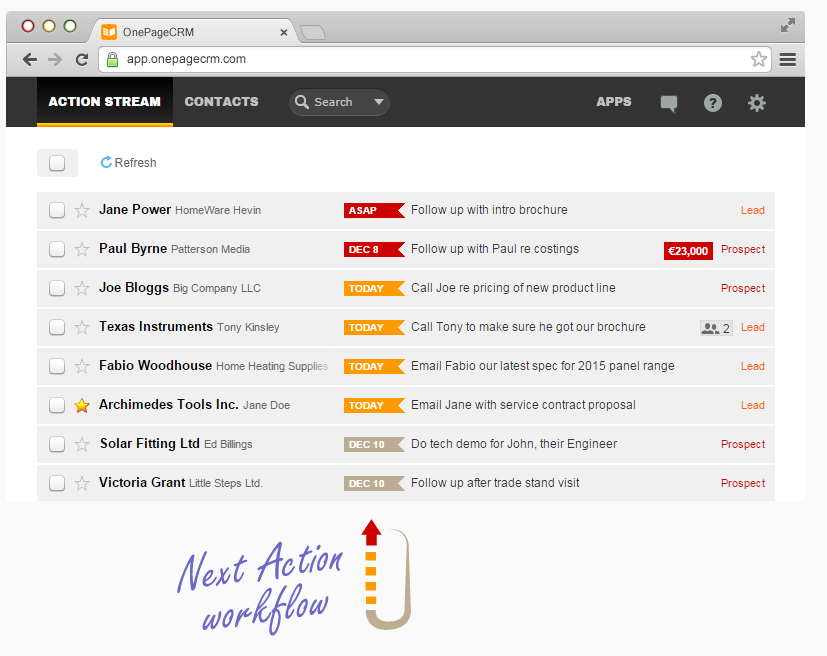