Build, advance, and close deals in a couple of clicks and manage your Pipeline like a pro.
All with minimum admin and maximum efficiency.

Build deals in a couple of clicks

We keep it simple. Fill in the deal’s name, add a note, and tick a box to add a commission or a multi-month format. We’ll do all the calculations for you!

Advance deals with a simple drag-and-drop

Customize deal stages to fit your process and drag and drop the deals to advance them through the sales pipeline!

With OnePageCRM, I’ve increased my conversion rate by 50%. It keeps the deals in front of me and helps with my sales process. I follow up when I’m supposed to and never drop the ball.

Pipeline management that adapts to your business

Kanban or Forecast? No need to choose

Switch between the views in a click. Use the Forecast view to predict your revenue and monitor your team’s performance against the set KPIs. Want a quick overview of your deals’ progress? Just switch to Kanban!

Do you have several products or services that require  different sales processes? Simply create Multiple Pipelines and advance the deals separately.

Build deals in seconds by pre-saving your most commonly used products and services and then adding them to the deal in a click!

Quickly build and send professionally looking proposals straight from OnePageCRM. We’ll calculate the totals based on the deal’s details and will automatically insert the quote into a ready-to-send email. It takes just 37 seconds to get from inquiry to quote!

OnePageCRM is just super clean and deceivingly simple, but with a lot of horsepower under the hood. Fabulous system.

Just about all other CRM systems are missing key parts. These guys nailed it. 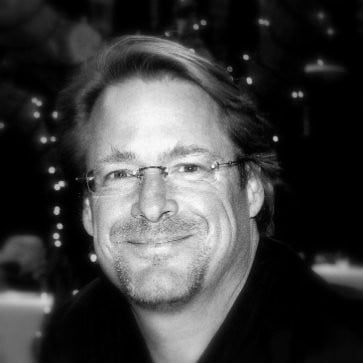 Zoom in on the issues to improve efficiency

Easily identify and manage bottlenecks in your sales pipeline by viewing the time spent on each deal stage, as well as sorting your Kanban to display the deals that cause the biggest delay.

Learn from your experience by recording and reviewing the most common factors standing in the way of your sales success, so you can adjust your future strategy.

Paul Trilk from Success Local was looking for a CRM that would help his marketing agency grow and not overcomplicate things.

Here’s how OnePageCRM helped them double their productivity, anchor the business, and take it to the next level!

Richard Smith from Perimeter Real Estate needed a CRM to help him stay organized and on top of each follow up.

After only a few months of using OnePageCRM for closing sales, he quadrupled his lead to opportunity conversion and increased his close rate by an impressive 50%. Here’s how he did it.

When starting as the Head of Business Development at Mermaid Vodka, Ed Panas knew he would need a system to help him manage his leads.

He found other CRMs he tried complicated, hard to get started and not flexible enough. OnePageCRM was indeed the opposite. Here’s how as it helped him increase the amount of successful sales calls by 75%.