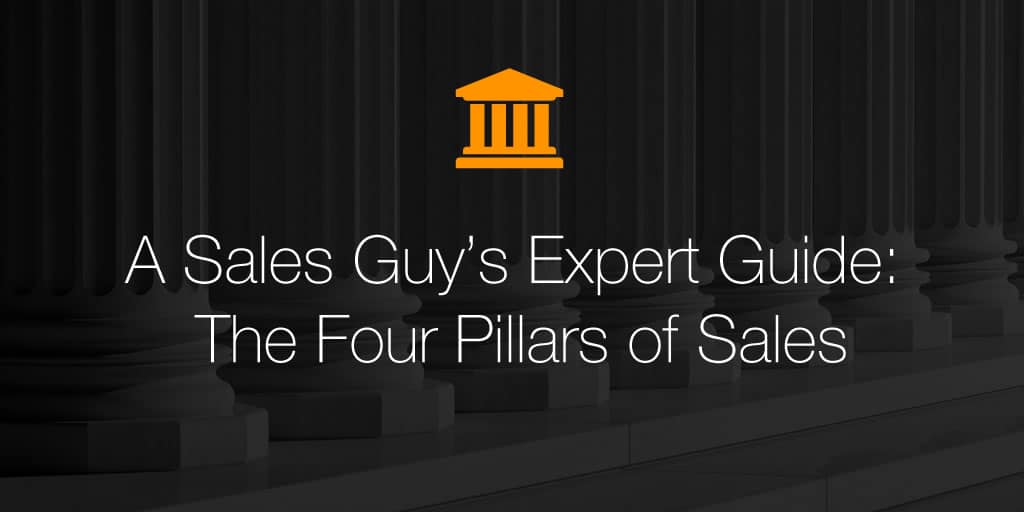 A Sales Guy’s Expert Guide: The Four Pillars of Sales

Jim Keenan, better known as A Sales Guy, has been having a pretty good time of late. In the last few years, he started a sales consultancy firm and wrote a book.

“I really love it all, he says.“Before I started this, I used to fucking hate Mondays. Now, I don’t even know the difference between a Friday, Saturday, Tuesday or a Monday.”

Keenan works with companies of all sizes from 10 million in revenue upwards.“I act as a consultant, confidant, process fixer and coach for sales organizations.”

With most new customers, Keenan works his way through his four pillars of sales: strategy, structure, people and process.

Is the sales strategy sound? Are you going after the right customers? Are you penetrating the market in the right way? What’s your go-to market strategy? Are you leveraging the right tools to penetrate the market?

If the strategy looks sound, he moves on to whether your team is structured to execute effectively against that strategy. If you have the right structure and the right strategy but things still aren’t working, then Keenan looks at the people, and finally the process.

The pillar which Keenan says is most likely to be shaky is people. That’s why his consultancy includes a recruitment wing to help customers hire.

“You can have the best strategy in the world, the best structure,” says Keenan. “But if you’ve got the wrong people in the wrong role or they’ve got bad attitudes or they’re not motivated, nothing is going to happen. Nothing.”

Keenan worked with a company recently where one of the biggest problems was the sales manager. “He’s the worst I’ve ever seen in my entire life,” he says. “I told the CEO he’s got to be gone. Normally, I don’t move people out very quickly because I’m new. I’ve got to give them the benefit of the doubt. I need lots of data to see how they operate. But this was a no-brainer. Get him out right away.”